Honey is essentially composed of valuable mielatos if it predominates over OAK, giving it a very dark color mahogany black, leading at times to ochre -brown when the flower of thyme and heather overlap in time and space.
Of intense and persistent flavor, sweet, enjoys the aroma of strong, compact, asilvestrado, which does not leave indifferent to the consumer. Because of a majority composition of a resinous, is almost completely devoid of crystallization, forming a honey dense and strong, malleable at the same time.

EXCELLENCE OF OAK HONEY WITH SAFFRON

As all of our range of products melíferos (propolis, royal jelly, pollen,..), it is a natural honey selected oak with saffron collected by our bees, which contains all the requirements to be a natural unique product:

Natural Oak honey with saffron, collected by our bees have unique qualities, in such a way that if we want to take advantage of all the virtues that we can provide, it is advisable to take them directly, savoring them in your mouth as long as possible before eating. To make them more manageable in those cases that they prefer diluted, it is recommended that as much heat the “water Bath” at temperature that never exceed 40 degrees to avoid the loss of qualities.

Keep in dry, dark and cool to stay intact in a natural way all its qualities.

OAK HONEY WITH SAFFRON, WHERE DO THEY COME FROM?

This delicious natural honey artisanal, it is produced by bees as a result of the libation to extract pollen and nectar from the blossoms of the thyme (Thymus vulgaris), heather (Varieties of Erica sp), wild flora varied native and mielatos late from mainly of the secretions of OAK (Quercus L.) and of some sucking insects; this sublime honey-dew, add in a harmonious symbiosis, a suitable dose of saffron pure (Crocus sativus) from the region of the Jiloca (Teruel, spain (Aragon)).

The coscojo, holm, holm oak, or chaparro, is an evergreen shrub that usually reaches 2 m of height, but can reach small tree in areas which are suitable; there stems are very branched and intertwined, with simple alternate leaves bright green wavy edge prickly.

Their tiny flowers which hatch in the spring, to subsequently give rise to the fruit (acorn) with a single seed and outer layer leathery to ripe, end of summer, usually bitter taste.

OAK has its original habitat in the mediterranean basin, mainly dominated by dry hillsides and bright, although well tolerated some continental climates. The saffron is a perennial plant of small size, and flowering mainly in autumn, which underground organ is a corm; it has fine leaves elongated; flowers of variable color (white, yellow, purple, violet,…) and fragrance honey, that give rise to a fruit in the form of a capsule, dehiscent.

The word oak comes from the deformation of the vulgar Latin «ilicina» and again of “ilex / ilicis”, from the lexicon preindoeuropeo (in celtic language “Hercynia”= territory wooded site in the eastern region of the Danube); in classical Latin it is called «Quercus», a term of indo-european origin (from the word celta “Quercuez» = tree elegant), to apply initially to OAK, later to be extended to all those trees or shrubs that produced acorns, or fruit, in the form of the glans penis. Its common name holm, has root pre-roman «kar – esca». The term saffron comes from the hispanic Arabic “al-come off” and this in turn from the Arabic “asfar” (= yellow), although there are also opinions on a possible origin in old French (“safran”, derived from the Latin “safranum”).

Compared with the scientific name Crocus sativus, mentioning that “Crocus” was the Latin name that gave the romans, from the Greek “Krokos” and again in the acadian, Hebrew, and sanskrit, and “sativus” from the Latin “cultivated”. There were already references of its existence from the year 2300 a. C., appearing towards the 1.700 – 1.500 in. C. a painting in the palace of Minos (Crete) and Akrotiri (island of There). We have a record of writings on its employment in ancient Egypt (1000 to.C.) and in Ancient Greece and Rome, used also as a dye for clothes and hair, in the manufacture of perfumes and sensual, to decorate festivities, in embalsamamientos, etc,

There are mentions in ancient texts of Virgil, Pliny and Theophrastus that praise the nature of the saffron cultivated in certain areas of the East. There are subsequent references in the Bible (Songs of Solomon was described as one of the foods most revered) and in the Iliad. In the centuries IV – V to. C. its cultivation predominated in areas such as Corycos (Cilicia), Turkey and England, expanding throughout the Middle Ages to other mediterranean areas such as the iberian peninsula, eclosionando different foci, major shopping (Venice, Germany, etc ).

Currently its cultivation is mostly in the middle East (Iran, India,..), North Africa, Europe (Spain, Greece, Switzerland, Austria, France…), the United Kingdom, and Pennsylvania. With respect to the holm, because in the Hispania celtiberian occupied large tracts of nature in the form of vast forests.

In Ancient Greece, meetings were held transcendent under an oak, because according to them represented justice and strength. The forest oak was a place of sacred character used for worship of deities in various cultures, especially in the celtic, where the rite of initiation of the Druids («those who know OAK» or «men of OAK») is based on the symbology sacred of OAK in nature. In the oracle of Dodona (population located between the current Greece and Albania), ancient and famous sanctuary dedicated to Zeus (God of lightning, thunder, and sky), practiced divination and stated that ”of OAK, you must remove when it threatens a storm, “ as the priests predicted through the rustling leaves of OAK sacred.

There asked council Ulysses (as is mentioned by Homer in ”The Iliad ”) to Zeus to return safely to Ithaca, and sought to learn the will of the latter in the large oak tree –OAK . In Ancient Rome, there was a large oak next to the lake NEMI dedicated to Jupiter (Zeus) ruled by a king of the forest, who wore on his head a crown of leaves of oak, badge, much more ancient than that of laurel. In Germania, OAKs that gave shade to the amphitheatres were consecrated to Thor ( Donar, God of thunder and lightning ).

During the era of romanticism was OAK, symbol of strength unwavering. With regard to the uses of oak, covers a wide field of use: production of firewood and charcoal, wood, tools, food, human and animal, etc

RECIPES WITH OAK HONEY WITH SAFFRON

LENTILS WITH OAK HONEY AND SAFFRON
Boil water and add a pinch of sea salt and lentils for two servings; cook until they have the right texture, without that it will fall apart.
Take out and allow to warm. In a saucepan, pour extra virgin olive oil, 2 cloves of garlic chopped, 1 sweet onion, minced, 1 cube vegetable to taste, a pinch of turmeric, 2 potatos, diced, 1 carrot diced very small, half a tablespoon of Oak Honey with saffron, half a sliced green bell pepper and go stirring; then add a pinch of thyme, on the branch, two bay leaves and sauté on a slow fire until it is ready the mixture.

Put the lentils in a bowl and add the sauce. Cook 3 hard boiled eggs and once cooled, slice and place over the lentils as decorative. Don exquisiteness of the nature in the service of the natural! 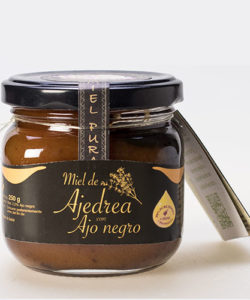 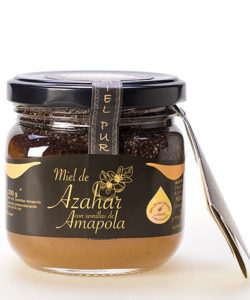 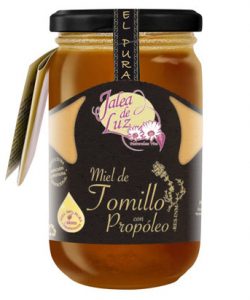 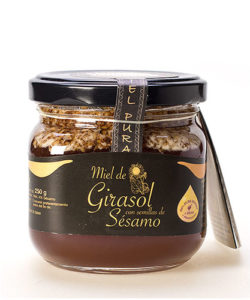 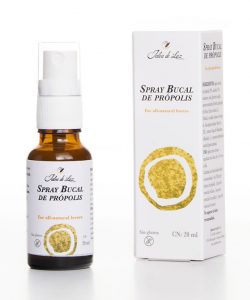 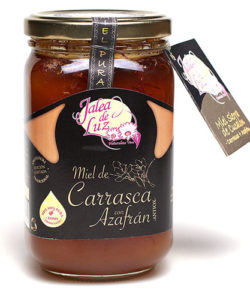 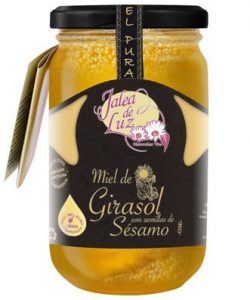 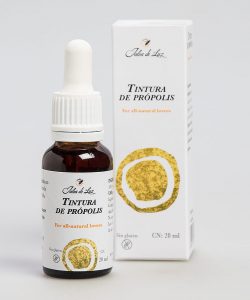 We use cookies to ensure that we give the best user experience on our website. If you continue to use this site we will assume that you agree.De acuerdoMás información