Like our entire range of honeys and derivatives (royal jelly, pollen,..), we describe a resinous natural substance (propolis = propolis) collected by our bees that meets all the requirements to be a 100% healthy natural product:

* Crude: it has not been subjected to any process of alteration or artificial transformation, so it keeps intact all vitamins, minerals, nutrients and enzymes.
* Pure: it is produced by bees releasing secretions of sucking plants and insects, and then proceed to its transformation and storage mainly in the inner perimeter of the Hive, on the frame of its frames and box; that is why in this process there are no factors outside those that nature itself provides.
* Non-homogenized: we never mix natural propolis from different geographical or floral origins, because our permanent purpose is to maintain its original essence and purity.

Propolis (propolis) is a natural substance that has unique qualities, so if we want to preserve them, it is advisable to eat it directly tasting it inside the mouth as long as possible.

TIERRAS DEL LIMIA PROPOLIS, WHERE DOES IT COME FROM?

This wonderful handcrafted natural propolis is a dark-colored resinous amalgam obtained by bees from arboreal buds and exudates of natural SAP, and then processed and applied in hives, alone or mixed with wax, as a general sealant; its objective is to strengthen the structural stability of the hive, reduce vibrations, and defend against pathogens or other aggressors. If an enemy of the hive gets inside, the bees kill it and embalm it quickly with propolis, thus preventing its decomposition.

With regard to the word oak, it comes from the deformation of the vulgar Latin “Ilicina” and in turn from “ilex / ilicis”, from the pre-Indo-European lexicon (in Celtic language “Hercynia”= forested territory located in the Eastern Region of the Danube); in classical Latin it is called “Quercus”, term of Indo-European origin (from the Celtic word Quercuez” = elegant tree), initially applied to Oak, and later extended to all trees or shrubs that produced Acorns glans shape. Its common name carrasca, has pre-Roman root “kar-SCA”.

The history of propolis collects multiple quotes along it.
Already in the Bronze Age, they were used in cases of skulls perforations.
In the Bible it was quoted as “tzori”, often used in direct applications, being highly valued in the Middle East trade because of its natural qualities.
In ancient Egypt the priests used it to embalm corpses.
The Greeks also used it for its excellent attributions (there are recurring quotations from Aristotle and Hippocrates in this regard) for various uses, including for making highly appreciated perfumes. In” Natural History”, Pliny mentioned his unbeatable qualities and usefulness in antiquity.
Roman mythology cites that Jupiter transformed the beautiful Melissa into a bee to produce a miraculous natural substance, propolis.
The incas soon discovered their natural attributes and used it among other ancestral remedies, in addition to honey, in certain adverse situations.
It appears in ancient recipes of ancient China its traditional use for the excellent conditions it possessed.
The Persian physician and philosopher Avicenna (XI century), usually used it for its natural characteristics in war episodes.
Ambroise Paré (XVI century), throughout his career, was also a direct precursor to its use.
Italian artisans (XVII and XVIII centuries) treated the wood of some musical instruments with propolis oils extracted directly from the hives (Stradivarius was a clear example of this).
South African chests made natural incense with natural propolis extracted by the bee in their hives.
During the anglo-boer War (1899-1902) and the Russian Revolution (1917), bandages impregnated in propolis (propolis) with Vaseline (“vasogenous propolis”) were used.
In the sixteenth century and later Europe (mainly Russians and poles), they also resorted to its repeated use, as well as during the Second World War.
Subsequently and to this day, has been recovering by several multinational companies, the use of propolis, royal jelly, pollen and other substances derived from the hive due to its multiple consubstantial qualities, as food supplements with great natural potential.

Located in the southeast of the Galician community, this area comprises a beautiful territory located in the center of the province orensana, as a large natural valley that subtly embraces the caudal Rio Limia (called by the ancient Romans “Rio del olvido” (Rio Lethes) in their belief to erase the memory of those who crossed it). The Bande mountain range covered in some areas by magical forest areas, and in others by Stony areas with chaparros shrubs, is the imperterrit watchman in lontananza to the northwest, venturing south and east to an imposing antelan depression that covers almost all of this wonderful province.

Also noteworthy is its cataloguing as a protected natural area thanks to its extensive and rich indigenous biodiversity (declared Natura 2000 network area and Biosphere Reserve core), originated by peculiar types of edafobotanics, carved from the continuous scourge by a severe oceanic climate very characteristic.

DELICACIES WITH PROPOLIS AND HONEY.

Bring to a boil 80 ml mineral water in a pot, and add 150 grs of whole cane sugar, 30 grs of natural oak honey and another 30 grs of natural eucalyptus honey; stir continuously leaving over medium heat. Once the dough reaches about 165 ° C, remove the pot from the heat and let cool.

Add finely grated pure propolis, a pinch of cinnamon, 15 drops of lemon essential oil and stir again the mixture.
In a special mold for candies, add a little virgin olive oil and pour the sweet mixture. Place in the refrigerator until the caramel solidifies.

Once ready, remove from the mold and glaze with sugar to use to avoid sticking between them.
We store in a glass jar until consumption. 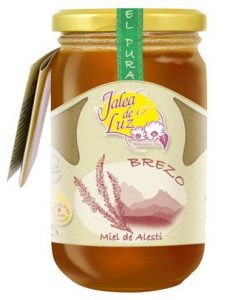 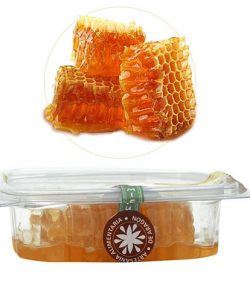 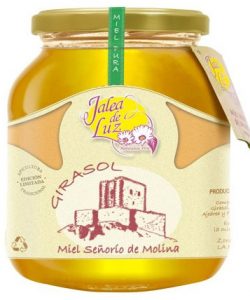 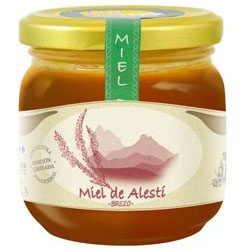 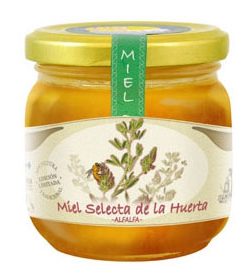 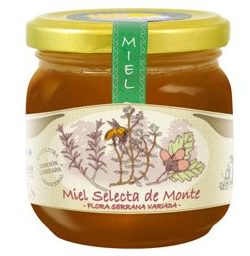 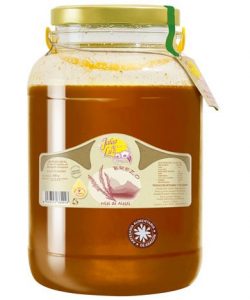 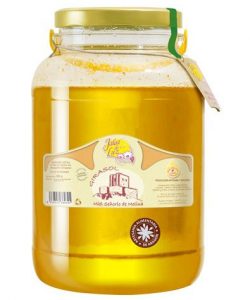